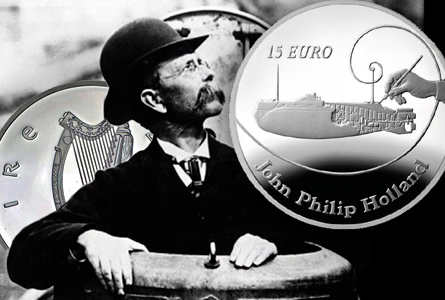 The Central Bank of Ireland recently honoured an Irish born Inventor – John Philip Holland – with the issue of a €15 silver proof coin. Liscannor, Co. Clare is well known for its Liscannor Slates. It is also the town where John Philip Holland was born in 1840. He joined The Irish Christian Brothers and worked as a schoolteacher in a number of Irish Towns including; Drogheda, Dundalk and Cork. In 1873 he left the Order and emigrated to the USA.

This was a turning point in his career. It was in USA that he pursued his skills as an inventor and developed his submarine concepts. In April 1900 the Holland VI submarine was purchased by the US navy (for a reputed $150,000). This sub was subsequently commissioned as “USS Holland”. This was the fi rst modern submarine in the US Navy and it became the prototype for future submarines of the US fleet.

Holland’s submarine was also the prototype for several other countries including Japan, Britain and Netherlands. The new silver coin is a fitting tribute to Holland and serves to honour the memory of the Clare born inventor of the modern submarine – John Philip Holland from Liscannor. (Holland died in 1914). 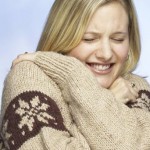 Turn off the heating to shed your unwanted weight