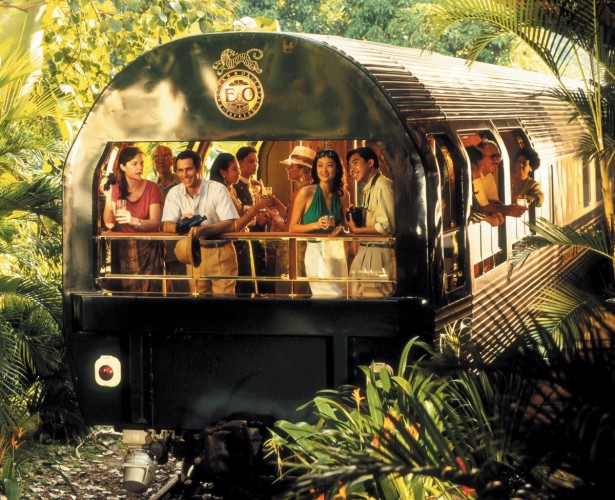 Riding the dart will never be the same again once you see how some people are travelling. While riding a train may not be top of your ‘to do’ list when planning a holiday, after all who wants to think about public transport when there’s sunscreen to be bought. However train travel is fast becoming the more luxurious way to go. More and more people are choosing the option of sitting back in comfortable surroundings in air conditioned carriages as they take in the stunning views that pass by their window. This is just a taste of some of the trains you can choose from.

1. The Pride of Africa is one you’ll need the credit card for. Prices range from €3600- €7300 per person. This trip provides access to gaming reserves that can only be reached by train or small plane, should you happen to have one left over from the Celtic Tiger! It starts off in beautiful Cape Town in South Africa before travelling to Victoria Falls in Dar Es Salaam. 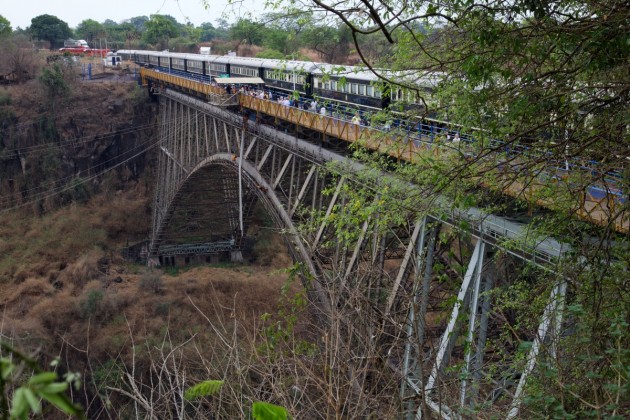 2. The Glacier Express is for those who love snow capped mountains as this train takes you across the Swiss Alps, all 80 miles of it. It transports you from St Moritz to Zermatt, two internationally renowned ski resorts. It crosses 291 bridges, 91 Tunnels and takes 7 ½ Hours to complete. Much the same as Dublin city centre in rush hour.

3. The Trans-Siberian Railway is the longest railway journey in the world. It takes a week non-stop to complete the journey from Moscow to Beijing or Vladivostok. However you can get private trains that takes a more sedate approach. Prices range from €430- €730

4. The Venice Simplon – Orient Express is every bit as luxurious as you’d imagine. French cuisine, restored 1920’s and 1930’s carriages, mysterious but highly entertaining murders. We can’t guarantee the latter but you could console yourself with an Agatha Christie Cocktail while enjoying your journey through London, Venice and Istanbul. Fares range from €1800 to €6500 depending on how far you are travelling. 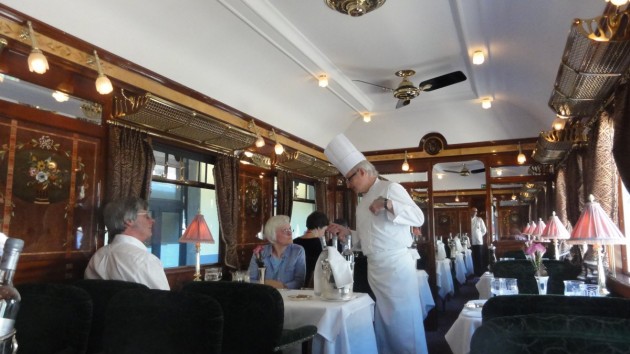 5. The Eastern & Oriental Express is just in case you’re in the mood for something further afield. Owned by the same private company as the Venice Simplon, this lavish train boasts a library, a saloon, two dinning cars, two bars and an observation deck. Here you can take in the sights of South East Asia. Prices range from €1400 to €6000.

6. The Belmond Royal Scotsman is a journey for those who want to stay closer to home. Passengers are transported through Scotland and the highlands with regular stops for golf courses, ruined castles and whiskey distillery. Not that you have to indulge! The cheapest ticket is €980 per person but most range from €3600 to €9400. So you might want to have that whiskey after all.

7. The Blue Train in South Africa has been described as the five star hotel on wheels. This train consists of luxurious suites that act as lounges during the day before converting at night into bedrooms. Passengers can travel from Cape Town to Pretoria while enjoying freshly prepared fine dining consisting of oysters, Karoo Lamb and Ostrich. Though we’ve been assured you can order steak and chips as well.

8. The Palace on Wheels is for those of you who have always felt they should be treated like royalty. This was the original transport for Princely rulers of India but has since been adapted for all your tourist needs included, including a 24 hour bar and ‘The Bazaar’ gift shop. This trip begins in New Delhi, India and visits various forts and palaces in Rajasthan. It takes 7 days in total and costs from €1,993 to €3,934. 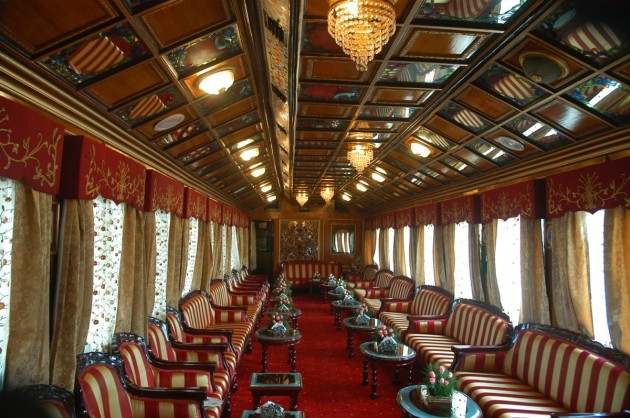 9. The Napa Valley Wine Train does exactly what it says on the tin. Travelling to wineries and vineyards all over Napa Valley, California passing through towns such Napa, Yountville, Oakville, Rutherford and St. Helena. A Gourmet meal including an evening tour of a winery cost €140 per person and it’s a three hour round trip.

10. The Danube Express is a privately owned train of the highest luxury. Originally owned by the Hungarian Prime Minister János Kádár so you know it must be nice. It has since been lovingly restored to its former glory. However this train prides itself on an informal comfortable atmosphere. It travels between Prague, Budapest, Krakow and Istanbul and price start at €3674 per person. 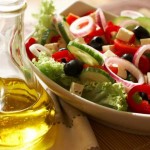 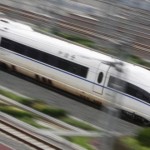 China intends to build railway line to the United States