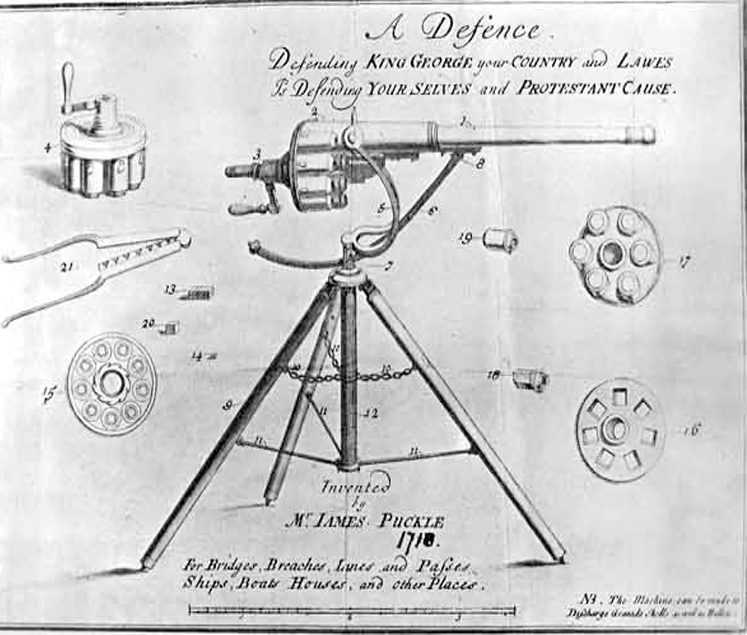 On this day (May 15th) in 1718 an Englishman, whom was a lawyer based in London, patented the world’s first machine gun.

James Puckle titled his creation the “Puckle gun” accordingly, although the invention was also known as the Defence Gun.

Bizarelly, the weapon was designed to fire round bullets at Christians and square bullets at Muslim Turks. The square bullets were considered to inflict more damage, and according to the 1718 patent, would “convince the Turks of the benefits of Christian civilization”.

Created to prevent the unwanted boarding of a ship, the Puckle gun was a single-barreled flintlock weapon mounted on a tripod with a multi-shot revolving cylinder.

At the time the gun was patented in 1718, a musket could be loaded and fired 3 times a minute. The vastly superior Puckle gun fired nine shots per minute.

Sadly, Puckle’s invention was not a commercial success and did not attract investors. It remains, however, an historical fascination and curiousity to this very day. 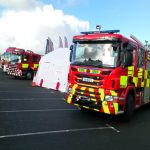 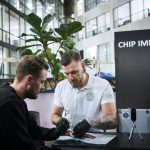